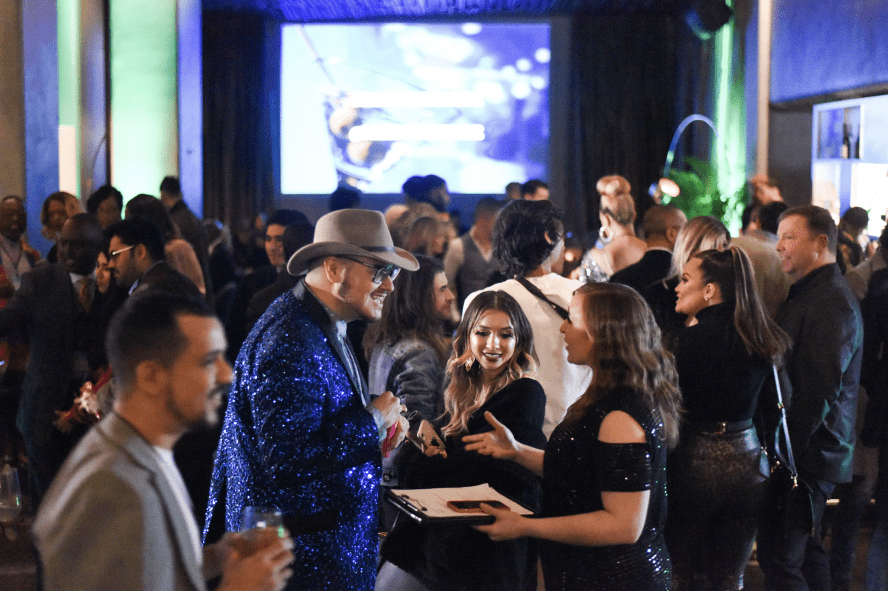 Fashion Mingle’s NYFW Networking Party provides networking opportunities for fashion industry professionals that are in New York City during NYFW. The event was held on Sunday, September 9th, 2020 at ROW NYC, one of New York’s most stylish lifestyle hotels.

This networking event creates opportunities for makeup artists, hair stylists, photographers, models, fashion designers, PR professionals, editors, and more! They come from around the globe to connect with featured professionals during the VIP Speed Networking. Krystle Couso is a professional makeup artist who opened her own makeup boutique at the age of 21. She has worked with a number of celebrities and professional models. Her work has also appeared in several Magazines and during New York Fashion Week.

Jonathan has been a pop culture and fashion journalist in NYC for over ten years. His popular celebrity gossip and fashion website Orange Juice and Biscuits has allowed him to be official press at NYFW for 10 seasons and attend and cover numerous brand and industry events as well as interview countless celebrities. Jonathan recently launched OJ&B The Podcast with DNRStudios.com and is also an Us Weekly Fashion Police Top Cop.

Runa Ray is an Indian born fashion designer who uses fashion to invoke consciousness and responsibility for the betterment of the global community. She has created three sustainable collections for New York Fashion Week using innovations in textile design such as natural dyes, biodegradable fabric, and chlorophyll printing.

Charles Beckwith is an expert in fashion and media technology. He is the Co-Founder of MouthMedia Network and Open Source Business Inc. He is the Chairman and CEO of Greyland Fireworks Co. As well as the Producer and Host of American Fashion Podcast.

Jason Linkow is an editorial, runway and celebrity hairstylist. He specialized in cutting and styling for over 20 years. Since moving to New York a few years ago, he has worked on ad campaigns, editorial magazine covers, Broadway and award shows.

Sign up or upgrade to a VIP Membership and get 2 free tickets for our next NYFW Networking Party!