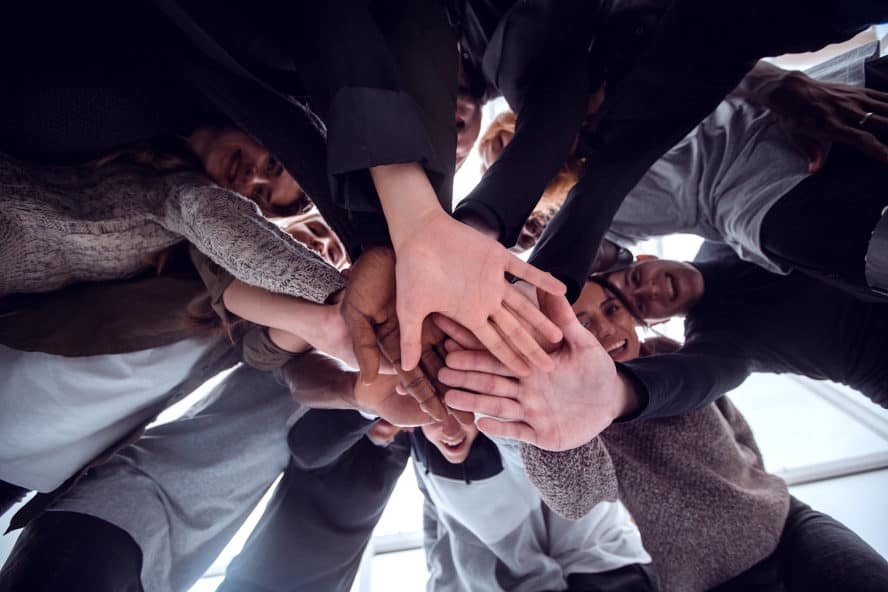 While politics may sometimes seem like a world far removed from that of fashion, there are many reasons as to why your vote matters to the fashion industry. In Fashion Mingle’s Mingle Mastermind session, “Diversity in the Fashion Industry: Why Your Vote Matters,” the panelists discuss how voting affects the fashion industry, particularly in regards to small and minority-owned businesses. According to panelist Hilary Jochmans, a government affairs consultant and founder of PoliticallyInFashion, the government plays a much larger role in the fashion industry than people may realize. “The fashion industry is a very broad industry,” said Hilary. “It encompasses so many different legislative areas.” These legislative areas can include small business matters, trade, immigration (particularly for traveling models, designers, and students), postal service issues, taxation, environmental issues, technology and many others. With so many factors influencing the growth, evolution, and overall survival of the fashion industry, there can be no doubt that who you vote for (whether it be a local election or the presidential election) matters A LOT. For this reason it is necessary to go out and make your voice heard on November 8th.

Why Your Vote Matters to the Fashion Industry: The State of Small Businesses

Samuel Alexander, founder and CEO of Austin based company C2C (Concept to Conception) Fashion and Technology LLC, knows firsthand what goes into building and developing a small business. His company, which started as a small business but has grown substantially, works to provide its clients with access to a revolutionary B2B2C fashion and technology ecosystem. As an expert in product design/development, global sourcing/production, strategic branding/marketing, and technology integration, Samuel stated that he and his company are “looking to re-establish the fashion industry based on technology.”

Sounds a bit overwhelming, right? Samuel understands that the technology he is working with and introducing is new and unfamiliar to a lot of people. To combat this, his company is working on implementing programs into the university level that offer education and certification for managing these technologies. “We’ve built these state-of-the-art factories with new, really advanced technology. What we’re seeing though, is that many jobs are out there and available, but people aren’t qualified to take them,” said Samuel. “So, we’re taking our factories to the students.” Getting funding from local and state governments is very important for those wanting to expand the fashion industry.

And this leads us to one of the most important issues Samuel and other business owners have had to face in recent years: trade laws and outsourcing. He has found that building his company AND factory in the U.S. has been a major benefit for him, as he hasn’t had to deal much with outsourcing and issues like the recent U.S.-China trade war. In fact, luxury apparel company Louis Vuitton recently set up a manufacturing site in Texas, and there are reports that Coco Chanel plans to as well. Not everyone has the resources to do this though, which is why your vote matters to trade and outsourcing policies that heavily impact the fashion industry.

However, trade and outsourcing logistics may not relate to all small businesses. Samuel predicts though, that legislation and the aftershock of COVID are going to have a major impact on something that all small fashion businesses likely rely on: general production. “Because of the back log on production, the products that are coming out now are not what the consumer is demanding because their lifestyle has changed.” Due to working from home gaining more popularity, people are switching their business attire to a more casual look. Again, it is brought up that financial aid was not being made available to small businesses facing this issue, among many others.

So, what can small fashion business owners do to keep themselves from being blindsided? According to Samuel, some of the best things the industry can focus on right now are implementing sustainability, modern technology, coming together as a community, and, of course, voting. “If we are all creating a community together, then we can survive. We have the ability as a group to survive,” said Samuel. “But if we’re sitting there trying to make it on our own and not utilizing platforms like Fashion Mingle to communicate and understand that we’re all dealing with the same issues, then we’re going to have a tough time making it. We have to make our voices heard.” And this is another reason as to why your vote matters: going out to the polls on November 8th and voting for those who support and understand the intricacies of owning a small business will be beneficial in the long run.

This is the same kind of mentality that MSDENISHIA, a top model coach and owner of The Model Boutique, has had to adopt. MSDENISHIA, who has over 20 years of experience in modeling and has landed jobs for Aveda, Nordstrom, Neiman Marcus, Mac Cosmetics, Macy’s and more, thought she’d seen all of the ups and downs the industry had to offer until Covid came along. She admitted that getting financial support from her bank was tough, despite the fact that she has been banking with them since 1997 and had her business LLC with them.

So, where has MSDENISHIA received the strongest support during those difficult times? Her fellow small fashion business owners, of course. “I decided to find different ways to support my business…” said MSDENISHIA. “So, I started doing cross marketing. I’ve been promoting a lot of small businesses that I know and support and in return they’ve been promoting mine. It has actually been really beneficial.”

Fellow small business owner Dee Rivera has made her career promoting other brands, big and small. As founder and CEO of public relations company DCG Media, Dee knows just how important it is to support and successfully promote other small businesses. “Right now, you just really have to be resourceful, and we have to take care of each other. We can’t rely too heavily on someone to come and rescue us,” said Dee. This echoes what fashion and corporate lawyer Shirin Movahed has been seeing her small business clients go through. “The statistics don’t lie,” said Shirin. “After all of the polls were completed and everything, it became really clear who got the stimulus money, and it definitely was not small businesses, it was not the African-American or Latinx owned businesses, it was not the majority of the people in the fashion industry.” This lack of support for small businesses has not only been devastating, it has also been somewhat unexpected for many, including Shirin. “As a lawyer, I uphold the law. But seeing the way that the law has applied to minority-owned businesses makes me want to take more action and make sure that those laws do equally apply and support and benefit those that need it the most,” said Shirin. Just another reason as to why your vote matters: it can influence the equality of government support.

Why Your Vote Matters to the Fashion Industry: Facing Down the Future

Obviously, many small businesses are recovering right now, which is why ensuring your right to vote is more important than ever. One of the most significant issues that the industry (and the whole world!) is facing right now is climate change. Runa Ray is not only a fashion designer, but is also a well-respected fashion environmentalist and activist for the United Nations on issues of climate change, colorism, and nuclear war.

Runa’s experience has taught her just how important the role the government plays in facing climate change. “I think this is a very important time for the fashion industry, because we have determined that the fashion industry is one of the greatest polluters,” said Runa. “It is very important that every government understands that climate change is not about one particular country. It’s not just about the U.S. or China or India. At the end of the day, we need to think as a global community. We must choose the leaders who will reflect our desire for a better world.” Just one more reason as to why learning about the candidates and scheduling the time to vote  is important.

And this brings us back to Hilary, who has had to witness firsthand all of the back and forth in Washington D.C. as Congress tries to figure out how to face these difficult times. “To be fair, COVID programs like the PPE were put together extremely quickly, so of course there were going to be issues with it,” said Hilary. “But then we have to say, ‘this is what we put into place, this is what happened, these are the changes we need to make going forward,’ but we haven’t gotten to that stage yet.”

So, what does she suggest in order to enact change and get the help you need? Take a look:

Despite what many may believe, local elections are just as important as the presidential elections. Going out to the polls and making your voice heard is how change will start to begin. I think we can all agree that this is a time when we as an industry and a nation must come together on November 8th, embrace the future, and VOTE!

Check your registration and find your polling place here. 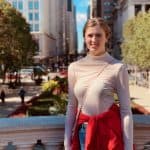 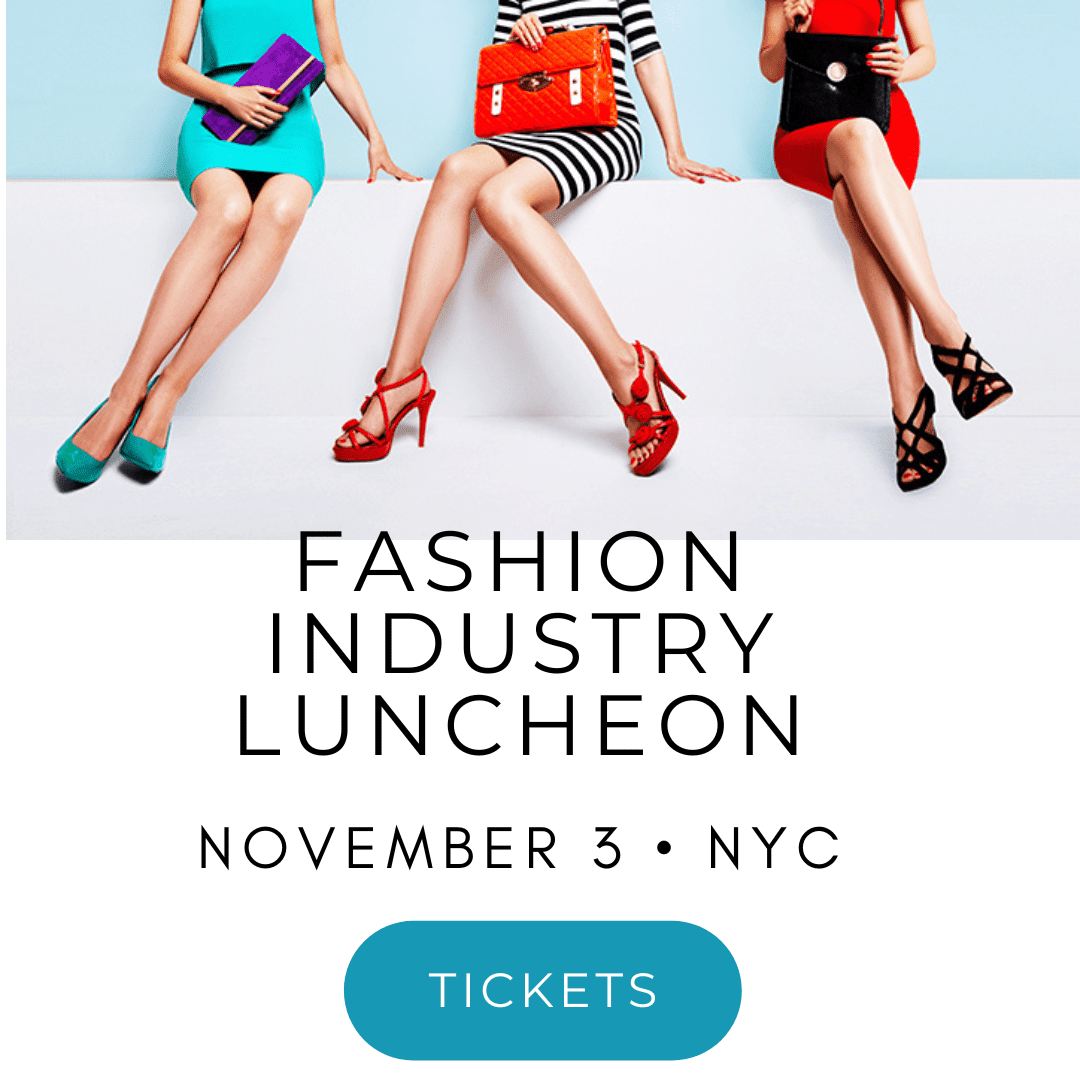